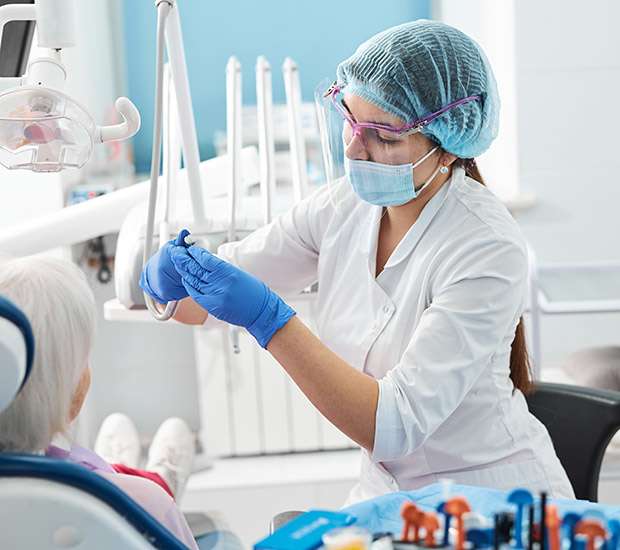 ASI carts help endodontists reorganize their offices in a minimalist fashion. This allows for a seamless, calming design that assuages patients' fears. In addition, with ASI carts, patients can rest comfortably in the endodontist's chair.

ASI carts are available at Creekside Endodontics - Lone Tree Endodontist in Lone Tree and the surrounding area. Do not settle for anything less. Call us today at 303-524-9343 to schedule an appointment or learn more about our services.

ASI carts allow endodontists across the country to use their office space more effectively, enabling them to create a perfect dental office design. Whether an endodontist is developing a new office or updating an existing space, there are several benefits to using a minimalist dental office design theme. Such advantages go beyond simplification and wide-open rooms. Execution must be perfect; otherwise, the desired result will not be achieved. In addition, ASI carts can add to a patient's overall treatment experience.

While traditional dental offices are designed "from the outside-in," focused mostly on the reception area, they neglect the treatment rooms. This may make the patient feel anxious and uncomfortable, particularly if dental equipment arms are on the patient's chair, essentially entrapping the patient in their seat. ASI carts allow for a minimalist approach that "reduces fear and builds patient confidence," opening the treatment room and replacing bulky fixed cabinets.

Check out what others are saying about our Endodontic services on Yelp: ASI Carts Lone Tree

Thanks to modern dental technology, patients do not have to settle for just adequate anymore. Instead, they can now look for a dental practice that helps them thrive. This is where ASI carts come into play. They provide a "fully integrated solution to operatory clutter," with a modular instrument panel design that seamlessly integrates a wide range of dental instrumentation with an endodontist's preferred brands of instruments into one system — operated with just one foot control.

ASI cart systems also utilize both function and flexibility for replacing the traditional fixed cabinetry methodology. As a result, they create flexible, cross-functional products and solutions for endodontists of all specialties. The high-tech solutions provide patients with both peace of mind and professional expertise. In addition, the quality construction and precision machining allow for refined products.

All ASI dental delivery carts also come with a self-contained water supply, and all ASI manufactured dental equipment and components are made in the U.S. As a result, patients can rest assured that the product and quality control are top quality.

ASI's Advanced Endodontic Delivery Systems can be classified into two different categories: the Classic Series and the Designer Series. The Classic Series leaves behind a smaller footprint while maintaining its full features and accommodating a wide variety of popular instrument configurations. The dental cart chassis has an attractive white powder coat finish with a white solid surface worktop. Since it is more compact in size, it can fit in most treatment rooms and be more readily positioned on either side of the room for ambidextrous requirements.

The Designer Series, on the other hand, is ASI's most versatile and full-featured advanced delivery system. It offers even greater instrument integration, and it aims to achieve a higher-end look for any treatment room. As such, it is available in a wide variety of custom paint finishes and Cambria worktops. In addition, thanks to the iTech model lower chassis, cable and wire management for computer systems and monitors is seamless for an uncluttered appearance.

Conventional dental offices can leave you feeling trapped and anxious. We at Creekside Endodontics - Lone Tree Endodontist can help. Call us today at 303-524-9343 to schedule an appointment or learn more about our services.

Can ASI carts help during my endodontic implant process?

Yes. There are ASI carts made especially for the endodontic-implant process. To save even more space, we can plug any auxiliary electronic instruments or devices into the integral dual power centers with a single cord to plug into the wall.

When was ASI founded?

ASI was founded in 1992 by John W. McPeek. He began developing a new concept for self-contained mobile dental equipment to rival in-office equipment in performance. He also aimed to make a more aesthetically pleasing alternative.

When was the first ASI product introduced?

The first ASI product was introduced in 1994. It was called the SEAC Mobile Dental System, and it was wonderfully successful. It utilized a powerful, quiet air compressor and vacuum system design, both of which are still in use today.

How long has the Advanced Dental System® been in use?

ASI's Advanced Dental System was introduced in 1997. It utilized a combination of the self-contained features of a built-in air compressor and vacuum system with air handpieces and integrated dental instruments. Together, these could operate off a single foot control, allowing easy access to several types of dental instrumentation.

How long has the Advanced Endodontic System® been in use?

ASI's Advanced Endodontic System was introduced in 1998. It utilized a combination of various new electronic endodontic instruments with a single foot control. Essentially, this device removed clutter from the endodontist's office while giving the specialist improved access to their instruments. While the Advanced Endodontic System was originally designed with a built-in air compressor and optional vacuum system, it has since evolved to include standard models that can be plumbed. 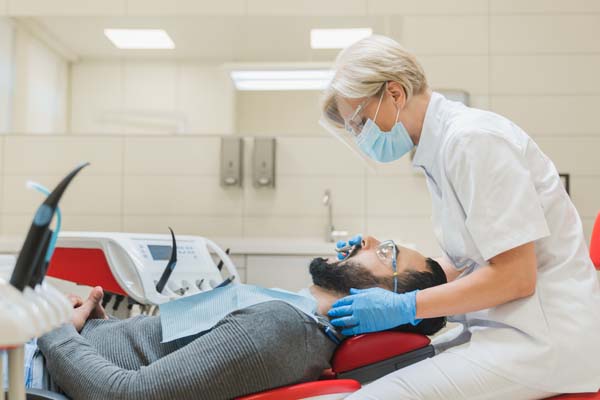 4 Reasons To Go To A Root Canal Specialist For Treatment

A root canal specialist is a great resource to utilize when needing deep tooth treatment. They focus their efforts on severe tooth pain, saving damaged teeth and performing root canal procedures that require more advanced care. There are a number of benefits that come with visiting a root canal specialist for endodontic care. Ready to… 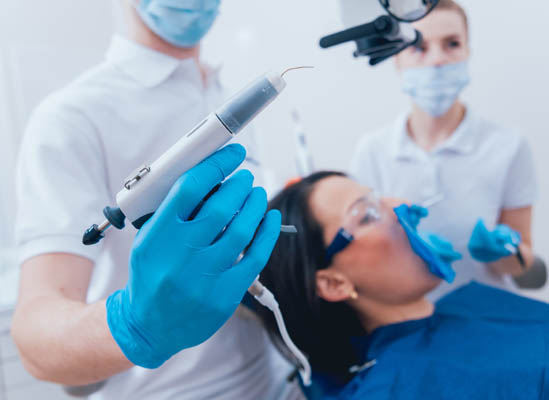 What Is Endodontic Surgery And What Is It Used For?

Wondering if endodontic surgery is in your near future? It just might be if you recently had a root canal performed to save one of your teeth and it did not work. Even though root canals work to save teeth most of the time, they are not always a success. The next step is making… 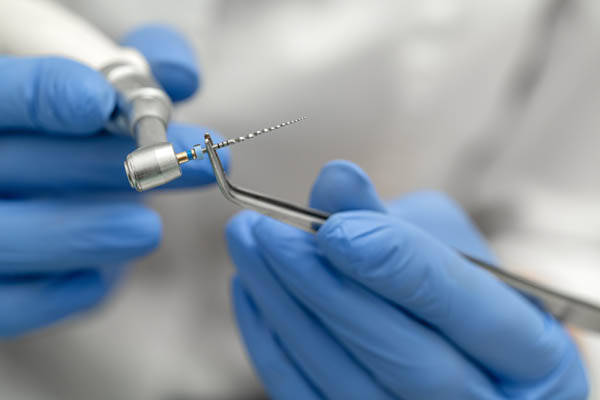 Are There Any Alternatives To A Root Canal Available?

Looking into your additional endodontic options because you would rather avoid undergoing a root canal? Root canals tend to be associated with a painful dental procedure, which makes it so many dental patients would rather avoid the need for root canal therapy. While there are indeed root canal alternatives available nowadays, you need to see… 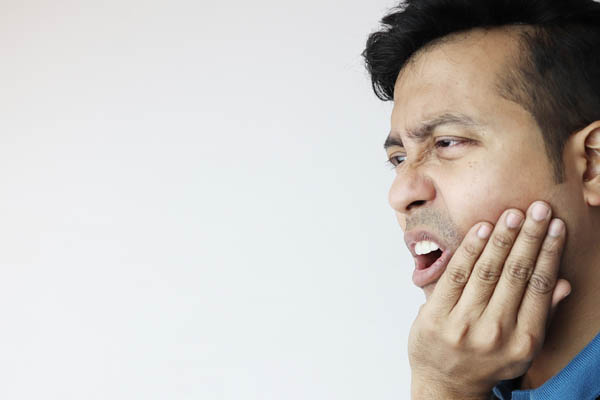 You May Need A Root Canal For A Chipped Tooth

Even though many people associate the need for a root canal with tooth decay, a variety of conditions can lead a dentist to recommend one. In some cases, dental issues such as a chipped tooth cannot be ignored or fixed easily through cosmetic-type procedures. How do you know when your chipped tooth needs to be… 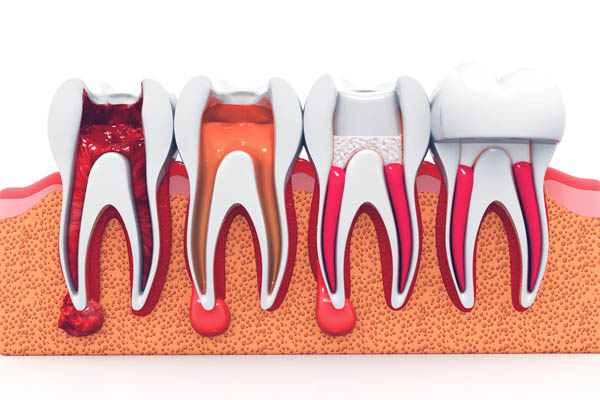